A therapeutic vaccine against acute lung cancer developed in Cuba has been registered in Peru, reported the Spanish news agency EFE.

The vaccine, named CIMAVAX-EGF, is the “world’s first lung cancer vaccine,” according to Gisela González, medical researcher from the Immunologic Molecular Center (CIM) in Havana.

Gonzáles said it has been successfully applied in more than a thousand patients in Cuba.

The vaccine is currently registered in Peru and in process of being registered in Colombia, Brazil, Paraguay, Ecuador, and Argentina, said González.

The specialist said the product will soon undergo a probation phase in China.

CIMAVAX-EGF is a result of 15 years of research in Cuba where it was registered in June 2008.

“It has been confirmed that it is a secure vaccine without severe secondary effects and it prolongs a patient’s life with quality standards,” said González to Trabajadores, an official Cuban weekly that published a feature about the vaccine, said EFE.

“The vaccine is based in a protein we all have: the factor of epidermis growth, related to the process of cellular proliferation that goes out of control when cancer is diagnosed,” she explained according to EFE.

González said that the human body tolerates what is “inherent” to its system and reacts against what is “alien” to it. Therefore they had to develop “a composition that generated antibodies against this protein.”

This vaccine is applied after a cancer patient has either gone through chemotherapy or radiotherapy treatment as is considered “terminal without a therapeutic alternative,” she said.

Under this condition, the vaccines helps to “control the growth of a tumor without associated toxication,” added the Cuban specialist. 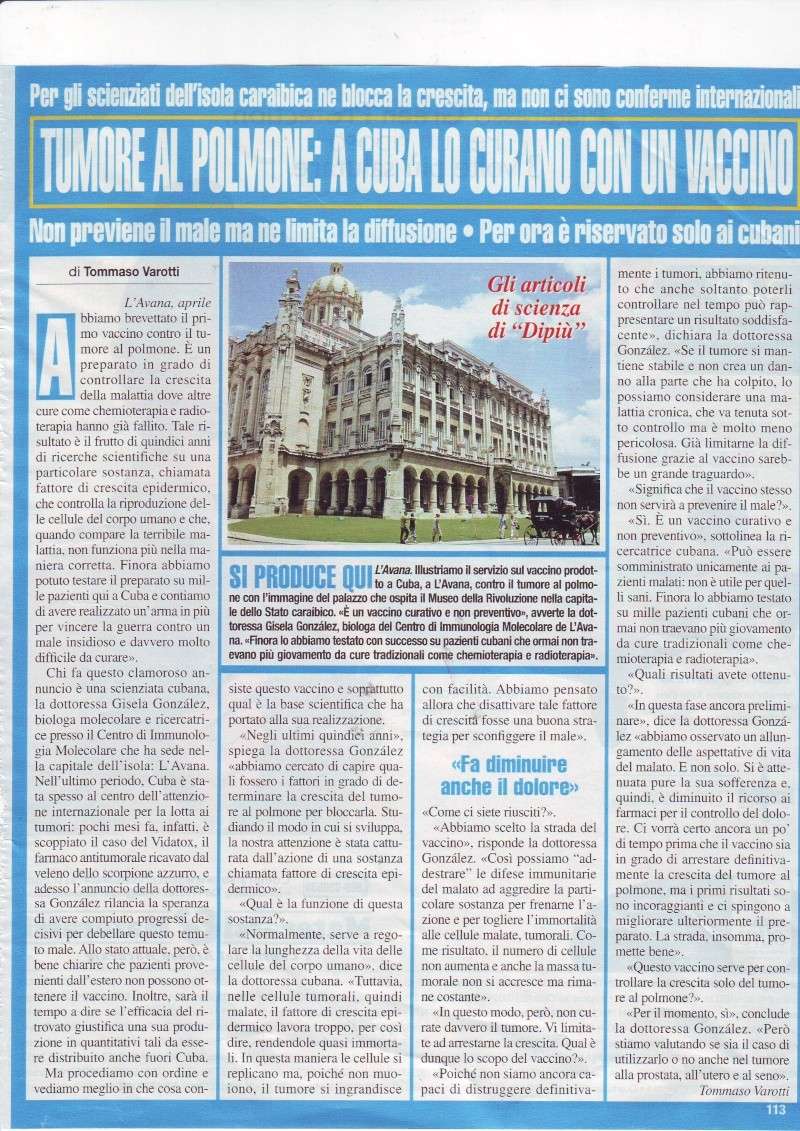