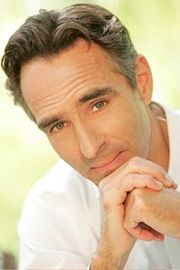 David Servan-Schreiber, M.D., Ph.D. is the author of Anticancer: A New Way Of Life

At age 31, my life took a sudden turn. I was an ambitious physician and neuroscience researcher who reveled in discovery and glittering science projects. Then, slipping into a brain scanner one evening in place of a subject who hadn't shown up, I was suddenly stripped of my white-coat status and thrown into the gray world of patients: That evening, I discovered that I had brain cancer.

Being a physician and scientist is no protection from getting cancer. But it allowed me to dig deeply into the medical and scientific literature to find out everything I could do to help my body resist the disease most efficiently and try to beat the median survival of a few years.

The first thing I learned is that we all carry cancer cells in us. But I also learned we all have natural defenses that generally prevent these cells from turning into an aggressive disease. These include our immune system, the part of our biology that controls and reduces inflammation, and the foods that reduce the growth of new blood vessels needed by developing tumors.

In the West, one out of three people will develop cancer. But two-thirds will not. For these people, their natural defenses will have kept cancer at bay. I understood it would be essential for me to learn how to strengthen these defenses.

My own disease is just one case in a cancer epidemic plaguing western societies. Cancer rates have been climbing steadily in the US since 1940. This is not due simply to the increase use of screening tests or the aging of our population: cancer has been rising in children and adolescents at a rate of 1 to 1.5 percent per year in the past 25 years. [1] And cancers that have no screening test (lymphomas, pancreatic and testicular cancers for example) have been increasing as fast or faster than those that do (breast, colon, prostate). [2]

Asian countries did not experience this rise until recently. [3] Yet, Asian immigrants in the US have the same rates of western cancers as Caucasian Americans after one or two generations [4 , 5]

Not a Genetic Lottery

Thus, cancer is not a genetic lottery. A new model has emerged from the last 10 years of research. It moves away from genetics and squarely into life-style factors that we can learn to control.

A New England Journal of Medicine study conducted by the University of Copenhagen showed that people who were adopted at birth had the cancer risk of their adoptive parents rather than that of the parents who gave them their genes [6]. At most, genetic factors contribute 15 percent to our cancer risk. What matters for 85 percent of cancers is what we do -- or do not do enough of -- with our life [3].

Indeed, a new Cambridge University study has shown that people who follow simple healthy life-style rules reduce their chances of dying from cardiovascular disease or cancer by roughly a factor of four. [7]

At Ohio State University, another team followed women with breast cancer (stage II) who all had surgery and conventional treatment. Some did not do any more than that, but others participated in an education group focused on better nutrition, more physical activity, and simple relaxations methods such as "progressive muscle relaxation", similar to yoga. Those who learned to change their life-style were 68 percent less likely to die from their cancer in the next 11 years. [8]

Other recent studies -- from the University of San Francisco -- found that such simple life-style changes in men with prostate cancer, completely change the way genes behave, including the genes of cancer cells. This research shows that life-style choices play on our genes like a pianist's fingers play on a keyboard ... transforming the body's ability to resist cancer growth. [9-11]

And in 2009 a stunning reversal of groupthink on the role of genes in breast cancer: Women with the ominous BRCA-1 or 2 genes (80 percent chance of developing breast cancer), reduce their risk by 73 percent if they eat a good variety of vegetables and fruits, showed University of Montreal researchers. [12] Are these really "breast cancer genes" then, as they've been touted to be all along? Or are they simply junk-food intolerance genes?

When it comes to treating cancer, there is no alternative to conventional treatments: surgery, chemotherapy, radiotherapy, immunotherapy or, soon, molecular genetics.

However, these treatments target the tumor much like an army wages war: focusing on destroying the cancerous cells. They do not help prevent the disease if we don't have it, and, if we do, they do not help the body build up it's natural resistance to make the treatments work better.

For prevention or better disease management, it is important to change the environment --- the "terrain" -- that supports the growth of new cancer cells, even if treatment pounds them with targeted attacks.

1. When our immune system is weakened and less capable of detecting and destroying budding tumors.

2. When low-grade chronic inflammation in our body supports the multiplication of cells and the invasion of neighboring tissue.

When we strengthen our immune system, reduce inflammation and reduce the growth of new blood vessel, we help create an anticancer "terrain".

For better prevention, or better treatment results, nothing can beat the combination of conventional medicine (early screenings, or chemotherapy, surgery, radiotherapy, etc.) with an anticancer way of life: A way of living through which we begin to nourish every aspect of health within our bodies:

3. Engaging in physical activity: it doesn't have to be marathon training, not even jogging. Just rapid walking 30 minutes six times a week already dramatically reduces the chances of a relapse after breast cancer treatment or the risk of advanced prostate cancer. And physical activity has been found to help survival with many different types of cancer. [13]

4. Managing our response to stress: we can't avoid stress in our life, but we can learn to respond differently than with clenched teeth, stone-hard back muscles and pressure in our chest. Basic breathing techniques that have been around as part of oriental mental and physical hygiene techniques for thousands of years (Yoga, Chi Gong, mindfulness meditation) can transform our response to stress and strengthen our resistance to disease. And simply reaching out to one or two friends during hard times can even reduce the risk of dying from breast cancer by a factor of four. [14]

5. Cleaning up our immediate environment: in-door pollutants, parabens and phthalates in cosmetics, scratched Teflon pans, percholorethylene of dry-cleaning, PVCs and bisphenol A from liquids in contact with hard plastics, radiomagnetic fields of prolonged cell phone exposures are the leading and most easily controlled causes.

As a physician with cancer, I've discovered that we can all create an anticancer biology for ourselves through the choices we make in our lives. They cannot replace the benefits of surgery, chemotherapy or radiotherapy, and do not have the same support from aqs many large controlled trials to back them up. However, the life-style changes discussed above are demonstrated to improve health and new scientific evidence suggests they slow down cancer too.

Indeed, as strange as it may seem, I'm in better health and happier today than before I was ever ill. I feel more at peace, lighter, with more energy and drive and passion for life. A few years ago, my neuro-oncologist unwillingly reminded me of the odds against this happening when he told me "I don't if I should tell you this, but I'm always happy to see you at your follow-up visits, because you're one of the very rare patients I have who is doing well!"

Most people who start on this health journey notice a difference within a few weeks. Recent studies suggest that such life-style changes start improving mood and well-being after two to four months, and can have an impact on cancer statistics within a year or two of follow-up. (Andersen et al. 2004, 2008; Blake-Mortimer et al. 1999; Fawzy et al. 1990, 1993; Monti et al. 2006, Spiegel et al. 1989)
What I've learned in my own journey of 17 years with cancer is that the best way to go on living is to nourish life at all levels of my being: through my meals three times a day, through my walks in nature, through the meaning and purpose in my work, through the flow of love in my relationships, and through the protection of our environment. Science told me that this slows down cancer, but, perhaps even more importantly, it brings to my life, every day, a new light and a new purpose. 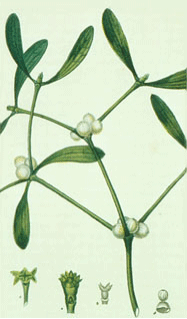 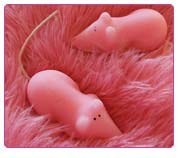 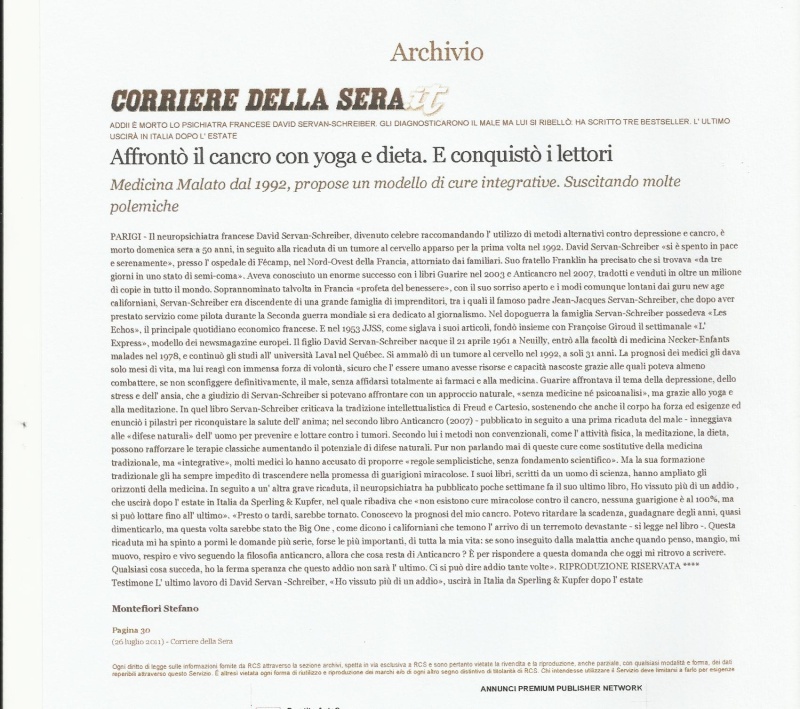