Starting today, your fresh vegetables may now be irradiated without your knowledge. The FDA has unleashed a new rule allowing food companies to secretly irradiate lettuce and spinach, and there is NO requirement that these foods be labeled with a warning label! The FDA is also looking to expand this to other vegetables such as tomatoes, peppers and onions. Soon, ALL vegetables may be irradiated.

Why does this matter? Because irradiation destroys phytonutrients, including anti-cancer nutrients that are protecting your health right now. With this rule, the FDA is literally killing the food supply!

Today's feature story reveals full details about this crime against nature and the FDA's desperate measures to destroy the national food supply and sicken Americans. Read it here:

I've also posted a commercial-free podcast about this evil FDA plot. Listen to that here: http://www.naturalnews.com/Index-Podcasts.html#61

This is a crucial issue for the survival of America. No nation can survive the destruction of its food supply. The FDA is determined to do what all the terrorists in the world could not: Use weapons of mass destruction against the food. 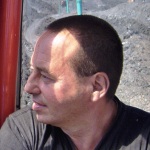 ----------------------------
(NaturalNews) The FDA has announced that beginning today, spinach and lettuce sold across the United States may now be secretly irradiated before it reaches grocery store shelves. What's "secret" about it? The FDA previously decided that irradiation warning stickers would not be required on any food items because it would be "too confusing to consumers." (The word IRRADIATION apparently has too many letters to be understood to food buyers.) Thus, irradiated foods will not be labeled as such, and consumers are going to be left in the dark about all this (except for those who actually eat the irradiated food, in which case they will glow in the dark).

The FDA, of course, insists that the levels of irradiation used to kill e.coli will have no effect whatsoever on the nutritional value of the food. This astonishing statement comes from an agency that doesn't believe food has any nutritional value in the first place, so lowering the value to zero by destroying all the phytonutrients does not, in the opinion of the FDA, alter its nutritional value at all. Thus, destroying all the anti-cancer nutrients in a head of broccoli merely brings that broccoli into "compliance" as a non-functional food, according to the FDA.

Radiation, of course, destroys delicate phytochemicals in plants -- the very phytochemicals protecting consumers against cancer, heart disease, high cholesterol, inflammation and other diseases. Microwaving broccoli, for example, destroys up to 98% of its anti-cancer nutrients. (The FDA has not yet acknowledged this scientific fact, either.) In a similar way, irradiating food destroys much of its nutritional content, including vitamins, carotenoids, anthocyanins and other delicate protective nutrients that are right now providing the last, desperate nutritional defense against the American diet of meat, milk, fried foods and processed junk.

Irradiating fresh produce will leave the U.S. population is a state of extreme deficiency in protective plant-based nutrients.


Does the FDA plan to destroy the health of the U.S. population?


Many people suspect that's what the FDA really wants. A nutritionally-deficient, disease-ridden population would mean a windfall of profits for the FDA's buddies in Big Pharma -- the folks who sell patented medications at monopoly prices. With the food supply destroyed by radiation, ordinary people would have virtually no remaining sources of protective phytonutrients!

In promoting this food radiation policy, the FDA has accomplished what all the terrorists in the world could not: The mass irradiation of the U.S. food supply -- much like setting off a dirty bomb over the nation's farms (but with less radiation). This destruction of the nutritional value of the food supply is a far greater threat to the health of the U.S. population than any terrorist event, including 9/11. And yet it is being done by our own people, TO our own people, by a lawless agency that answers to no one. FDA officials are not voted into office by the People; they are appointed by politicians. They answer to no one, they refuse to follow federal law, and they operate as tyrants over a quarter of the U.S. economy.

And now they have taken it upon themselves to destroy the national food supply.

We should be more than just alarmed -- we should be outraged! The FDA has committed an act of war against the People. With this decision, the FDA has firmly positioned itself as an enemy of the People, and a bringer of death and disease to the nation. Why are our elected representatives in Washington allowing this madness?

Think about this: If the FDA has its way:

• All your food will be irradiated, pasteurized or killed
• All your children will be vaccinated
• All your medicine will be based on pharmaceuticals
• All your free speech about health will be suppressed
• All informative labeling on food and supplements will be outlawed
• Growing and selling non-irradiated garden vegetables will become a crime!


Today it's spinach and lettuce; tomorrow it's all fresh produce


Don't think the FDA will stop with spinach and lettuce, either. They're already talking about irradiating tomatoes, peppers and onions. Before long, radiation could become mandatory for ALL fresh produce, and all the fresh fruits and vegetables that are supposed to contain health-protecting nutrients will be transformed into sterile, inert plant mass with no health benefits at all. (Brilliant scam, huh?)

This is by design. I believe the FDA wants the American public to be sickened and diseased. Why else would they ban Free Speech about healing foods like cherries, broccoli and garlic? Why would they outlaw the selling of herbs and nutritional supplements that claim to treat and prevent disease? The FDA wants you to be sick, enslaved and medicated, and irradiating the food supply is the quickest way to accomplish that.

He who destroys the food can profit from the People's sickness.


The FDA's crimes against humanity


In pushing this radiation agenda, the FDA is committing a crime against humanity -- a nutritional atrocity that violates fundamental human rights. And yet the FDA's top decision makers continue to operate with zero oversight and zero accountability. They make decisions in a corporate-sponsored vacuum, absent any input from reasonable, health-conscious consumers or scientists. And because they have been granted tyrannical powers by Congress, the FDA operates above the law.

It is not subject to any laws whatsoever; not even the U.S. Constitution which is supposed to protect the People's right to "Life, Liberty and the Pursuit of Happiness" (as stated in the Declaration of Independence).

The mass irradiation of the food supply is a violation of the "Life" part of that phrase, wouldn't you agree? If we can no longer buy nourishing foods with their nutrients intact, then we are all doomed to degenerative disease and death... but not before paying out our life savings to doctors, drug companies and hospitals. That's the evil genius of the food irradiation plot: It kills you slowly, at just the right pace to drain your bank account before you expire from malnutrition.

I truly believe this irradiation of the food supply is the beginning of the end of America. No nation can survive the destruction of its food supply. The FDA is dooming America to a slow, painful, medicated death. In a generation, this nation will be lost, destroyed from within by short-sighted tyrants who violated nature and left the People to rot.


For starters, you can:

1) Grow your own food. A little gardening is good. Grow whatever you can, even if it's just a few kitchen herbs.

3) Ask your grocery store if they are buying irradiated spinach. If they don't know, demand they find out!

4) Raise hell with your Senators and Congresspeople, demanding they pass new laws protecting consumers from the FDA and its plot to destroy the nutritional value of the food supply.

Also, listen to two podcasts I've posted on this topic. The first was recorded several months ago, where I publicly predicted the FDA would do exactly what we're seeing right now. Listen to that podcast here: http://www.naturalnews.com/Index-Podcas...

The second podcast was just posted today. I recorded it right before writing this article. It goes into much greater detail about the FDA's plot to destroy the health of the U.S. population. You can listen to that here: http://www.naturalnews.com/Index-Podcas...

Finally, don't stand for this food supply madness! Raise your voice. Write your local paper, call your representatives in Washington and tell them you strongly oppose the irradiation of the food supply. Teach people about phytonutrients. And stay tuned to NaturalNews as we continue to cover this important story.

The FDA has gone mad. Criminally mad. It is an agency that will literally kill you if given the chance, and it is up to all of us to stop this madness before we lose our health, our children and our very nation.